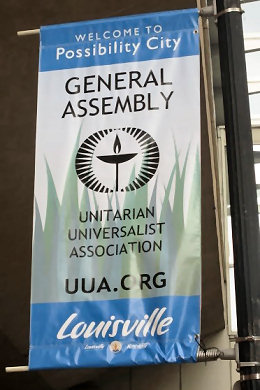 The Boise Unitarian Universalist Fellowship has long sought to be a full participant in district, regional, and national UU activities. In 2007, we hosted the Pacific Northwest District’s Annual General Meeting (now called District Assembly). BUUF members have attended annual General and District Assemblies for many years. Twenty-eight BUUF members (including youth) traveled to Spokane, Washington, for the most recent PNWD district meeting in March of 2014.

BUUF’s minister emerita Rev. Elizabeth Greene served on the PNWD Board and was elected to the UUA Board for two terms. She continues to write the periodic religion column in the Idaho Statesman newspaper. BUUF’s current interim minister, Rev. Dana Worsnop, has also served on the PNWD Board. A member of the search committee, Elton Hall, served as PNWD Board president for two years, leading the effort to hold the first District Assembly in PNWD history in Anchorage, Alaska, and joining other district presidents in hosting the first Pacific Western Region’s Regional Assembly in 2012. He currently serves on the District’s Healthy Congregations Team. Another longtime BUUF member, Bill Reid has served on the PNWD board.

BUUF's Director of Religious Explorations, Emmie Schlobohm, is a member of the Pacific Northwest Chapter of the Liberal Religious Educators Association (LREDA) and attends monthly online cluster meetings which have included religious educators from Alaska, eastern Oregon and Washington. She attends the annual Fall Conference of LREDA. LREDA also has Renaissance Modules which are multi-day professional development workshops that are offered all over the country. She has taken the Interim DRE training and the Who's Our Neighbor training, offered by LREDA and UUMA, respectively. She has participated in 4 of these over the past several years. She has attended a few General Assembly meetings and attends district assemblies regularly, having missed only two in the past nine years.

Our Fellowship has had the most supporting members in the UU Musicians Network (UUMN) Board of any congregation for many years. BUUF member Tom von Alten served on the UUMN board for four years. 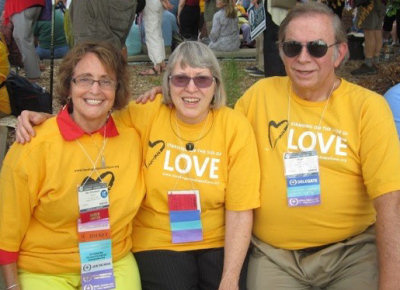 Thirty-six BUUF members are current members of the Unitarian Universalist Service Committee. We are members of the Pacific Northwest Chalice Lighter Grant program, a congregations-helping-congregations program. BUUF was the recipient of $9,125 in 1998 for improvements to our hearing-assisted sound system and for signage, and again in 2006 we were granted $16,000 for sanctuary flooring. We currently have 80 enrollees, or 30% of our congregation involved in this program, just enough to qualify for a grant. Our goal is to increase our enrollment by 25 people in the coming year.

BUUF maintains a biannual Boston Bounders program, raising funds to send youth to Boston for a week long experience of UUism beyond the local church. A large number of youth also attended the last District Assembly, and youth have attended YouthCons, again supported by the congregation.

Since 1993, BUUF has supported the partner church program, being linked to the Unitarian church in the village of Mészkő in the Translyvanian region of Romania. Almost every year several BUUF members travel to Mészkő and BUUF has collected funds to refurbish the church, its community hall, and the parsonage. It has hosted two of the church’s ministers when they were in the United States, and it has held annual "Fesztivals" to raise funds for the partner church. The BUUF choir wears stoles handmade by Mészkő Unitarians.