A Brief History of BUUF

The Boise Unitarian Universalist Fellowship has been a dynamic part of the Treasure Valley since the 1950s, officially joining the Unitarian Universalist Association in 1961. Despite a relatively late “official” organization date, Unitarians have met off and on in the Boise area since the 1890s. BUUF members and friends value our history and heritage. Sharing stories about our past and honoring BUUF members who have passed away are regular elements of Sunday services and other events. 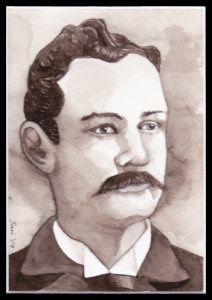 The first Unitarian Minister to be dispatched to Boise was Carlton Brown, the Unitarian minister of Helena, Montana. Brown’s visit sparked interest in Unitarianism and was the beginning of a string of ministers who came to Boise to foster Unitarian thought. Stephen Peebles was sent to Boise to serve as minister in 1906. Peebles was a gentle, self taught, retired farmer who had discovered Unitarianism on his own.

Peebles was followed by John Mitchell, an easterner educated in the Unitarian colleges and an experienced minister. Mitchell is known for being outspoken about the murder case of Former Idaho Governor Frank Steunenberg. Mitchell befriended city leaders and newspaper editors and arranged for Clarence Darrow of the ACLU to speak at a fundraiser for the Unitarian Church. Darrow was in Idaho to defend William D. "Big Bill" Haywood, who was accused of committing the Governor’s murder.

Mitchell’s fundraising was successful – and according to The Christian Register, the “first building erected in the State of Idaho for liberal religious service” was completed at Franklin & 6th Streets in downtown Boise in 1908. This building housed meetings and services until 1920 when it was sold, due to dissension in the church. 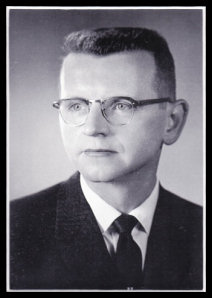 In 1955, the Boise Unitarian Fellowship was organized. Six years later, the Fellowship incorporated in the State of Idaho (on the very same day the Unitarian Universalist Association was officially formed), and that same year the congregation joined the UUA.

The congregation officially changed its name in 1968 to the Boise Unitarian Universalist Fellowship. Members met in peoples’ homes and at the YWCA, before purchasing its first home, on Pierce Park in 1971. The group operated both with and without a minister for many years. BUUF created a home for liberal religion and became a refuge for free thinkers, humanists and theists, and for searchers and people looking for a spiritual home. BUUF also provided a place where married couples with different faith backgrounds could find a place to worship together.

Jim Tompkins was a well-loved member of the BUUF community in the 1960s and 1970s and served BUUF as a lay minister from 1979 to 1981. He had been ordained as a minister in another denomination. He preached a few times a month. He was exacting and liked to analyze words. He married and buried folks as needs arose. Jim’s surviving spouse, Charlotte remains a current and active member of BUUF. 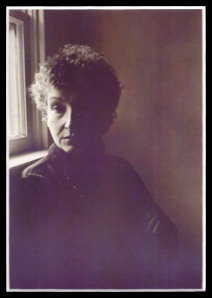 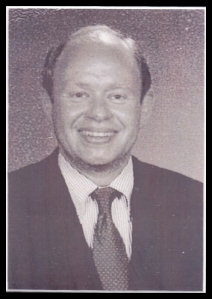 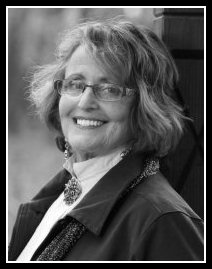 In 1993, BUUF began its participation in the Partner Church program and has been paired with the congregation of a beautiful, historic Unitarian church in the village of Mészkő in the Transylvanian region of Romania since then. Please see our Partner Church page for additional history and information about this meaningful partnership.

In 1998, the congregation moved to our current home, a brand new building in the Boise suburb of Garden City. In 2003, we broke ground to build the RE wings of the building. Construction was completed and the wings were dedicated in the fall of 2004.

BUUF became a Welcoming Congregation in 2006, received accreditation for the UUA Green Sanctuary program in 2009, and signed the Charter for Compassion in 2013.

In early 2010, after much planning and hard work from the Thursday Chalice Circle and the Everyday Spirituality and Meaningful Ritual Chalice, we erected and dedicated BUUF’s Peace Pole. Peace Poles, generally, are a project of the World Peace Prayer Society, and symbolize the oneness of humanity and our common wish for a world at peace; remind us to think, speak and act in the spirit of peace and harmony; and stand as a silent visual for peace to prevail on earth.

In May of 2013, the Quest Steering Committee accepted applications for the first Quest program at BUUF.

In May of 2013, eighteen applicants applied and were accepted into Quest, and the Quest Steering Committee formally changed its name to the Quest Ministry Team. Please see “What We Do” for additional information about this valuable program.

In June of 2013, our beloved minister of 25 years, Reverend Elizabeth Greene retired and that Fall, Dana Worsnop joined us as our Interim Minister and guide through this time of transition. BUUF has implemented recommended strategies for interim ministry under Dana’s guidance – strategies that have helped us honor past successes, talk openly about areas of challenge, and dream together about how to create our future.

Some favorite stories from BUUF’s past and historical milestones

Fire in the Pulpit

When we met on Pierce Park Lane there was a helper candle inside the pulpit shelf. Elizabeth had on a flimsy scarf, which brushed the flame as she was preaching. Whoosh!! The flame consumed the scarf in an instant. Jim Lyons rushed to the pulpit and helped toput out any remaining embers. Elizabeth continued with the service!

Proposition One was a referendum in Idaho in 1994 to prevent homosexual people from receiving minority status in the state. BUUF campaigned for people to vote No On One, including wrapping the church with red ribbons, which brought out the local news media.

Flamingo in the Pulpit

We had outgrown our facility on Pierce Park Lane and were looking for a new home. To increase income we rented our facility to a daycare during the week. Negotiations were going on to have the daycare purchase the property when we moved out. The children’s items that the daycare was using kept creeping into our worship space. The day Elizabeth had to share the pulpit with a 5 foot pink flamingo was the day we decided to move to better quarters while our new church was being built.

A Year in the Presbyterian Church

We had purchased the property for our new church and were preparing to build on it when we decided to find temporary accommodations rather than continue sharing our old building with the daycare. The First Presbyterian Church in downtown Boise offered us office space in the basement during the week and the use of their sanctuary and classrooms on Sunday afternoons at 4:00. Living with the stained glass windows and the huge cross at the front of the sanctuary were some of the many adjustments that had to be made to create our Unitarian Universalist worship services, but we made it work for a year.

We Buy Property While the Minister is Away

The congregation was invited to come to BUUF in the evening of 9-11 for a prayer vigil. Having a spiritual home and place to be with others in community on such a tragic day provided an opportunity for BUUF members and friends to give and receive support from one another.

Summer 2007: BUUF had a gopher problem. Someone found a scientific study that said that gophers are territorial and if another male-human or gopher- marks his territory with urine, the gophers will move on – and enlisted the help of male BUUFers. Cups and lids were placed in bathrooms and men were asked to urinate into the cup and then put the lid on it. Out on our grounds, each gopher hole was marked with a flag. Men were asked to pour their urine down a hole marked with a flag and then remove the flag. Visualize all the men heading for the bathrooms after the service; then lining up with their cups in hand, to go outside to mark their territory! What a fun Sunday afternoon BUUF activity! The effort was only partially successful.

John Harms was a longtime member of BUUF who passed away in 2008 at the age of 87. At his memorial service, family and friends were asked to choose as a memento one of the 100 neckties John had accumulated over his lifetime. This simple act prompted Roy Montague to create "John Harms Tie Day". Once a year, members and friends are asked to wear one of John's ties (or one their own) in memory of a man who rarely missed a Sunday service. John always wore a suit and tie to church. He wanted to offer something of the familiar to visitors who may have left a more traditional faith tradition.